Excuse me if it seems as if this was a slow news week in Las Vegas. The city might have been celebrating the inaugural season for the Vegas Golden Knights. There was a “stick salute” and celebration of the great season outside of The D at the Fremont Street Experience. Here are some pictures if you’d like to relive the hockey excitement.

Las Vegas isn’t done with the NHL season just yet! Once again the league will hold their annual awards show in Las Vegas. The NHL Awards take place at the Hard Rock on Wednesday, June 20th. NBCSN and Sportsnet will broadcast the event live from in the United States and Canada, respectively, at 8 p.m. ET / 5 p.m. PT.

If you happen to be in Las Vegas right now, you’ll be able to see 20 different NHL trophies on display at the Hard Rock until Tuesday. Trophies on display include the #ALLCAPS Stanley Cup, Clarence S. Campbell Bowl (Western Conference Champion) and Maurice “Rocket” Richard Trophy (goal-scoring leader). You can see the full press release for the awards show and display here.

Up Next At The Void: Virtual Horror At The Venetian

You may be more familiar with The Void by its first virtual reality experience. “Star Wars: Secrets of the Empire” has opened to rave reviews by real people and podcasters alike. Star Wars will remain at The Venetian for a little while longer but The Void is already promoting their next VR experience.

“Nicodemus: Demon of Evanishment” is a horror Virtual Reality experience. The website teases Nicodemus like this: “Travel back in time to the Chicago World’s Fair in 1894 and discover the monstrous horror tragically brought into our world. Tempt fate in groups of four as you discover frights, trials and adventure around every corner. Your goal is simple; explore the abandoned exhibits and don’t get caught by the demon… Nicodemus.”

You can check out both Nicodemus or Star Wars at The Void inside The Venetian Grand Canal Shoppes this fall. You can find tickets and more information here. Below is the fun promo video for the experience.

Independence Day is celebrated all week long in Las Vegas. The parties start on Saturday, June 30 and continue through July 4th. Here’s a quick overview of where and when you can catch fireworks shows in Las Vegas.

June 30: Fireworks start at Caesars Palace Las Vegas at 9:15 pm. This show should last about 13 minutes. The sidewalks get very crowded, so show up before they start if you want a good spot to watch for free.

June 30: The fireworks show at Plaza takes place at 10 pm. There’s a party on the pool deck starting at 7 pm. The show is scheduled to last about 4 minutes so don’t be late! 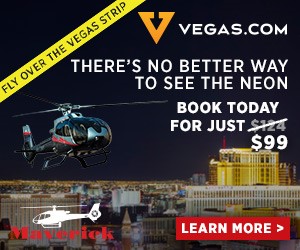 The owners of 18 Fremont submitted more plans to the city for approval. The only new thing I noticed was space carved out specifically for food trucks. That’s not very exciting. However, one thing did click when looking at the plans again. There are nearly 7,000 square feet of gaming space and 14,000 square feet for food and beverage in the basement.

Derek Stevens has been teasing a great sportsbook in the new casino. This space seems like it could make for a nice sized sportsbook and bar/restaurant. This is just a guess since plans haven’t been revealed for the casino yet. Don’t expect to hear much information about the casino until they start building it.

You can take a look at the plans that were submitted here.

Las Vegas Restaurant Week takes place from June 18-29. Approximately 150 restaurants participate in the event which benefits Three Square food bank. Each restaurant has a pre-fixe menu just for the twelve days of Restaurant Week. Many of the special menus offer a solid discount to customers. I noted a few deals here but those are just the tip of the iceberg.