Happy New Year’s eve to most of you! Happy New Year to the slackers! Looking back I think it’s safe to say that 2017 was an interesting year Las Vegas. There was plenty of news and I’m happy to say that we’ve never missed a week sharing the good, the bad, and the ugly of what’s happening in Las Vegas.

We should start seeing action early in the year when construction begins on two major projects. The new football stadium near Mandalay Bay and Wynn Paradise Park are both slated to begin work in January. Shortly after that, we might actually see Resorts World start work on a new casino on the north end of the Vegas Strip. They have four cranes erected and are possibly ready to begin work.

Throughout the year we should find new casino experiences at Palms and Monte Carlo while Park MGM finishes its overhaul. Palace Station will also continue a renovation offering new amenities.

The football stadium for the Oakland Raiders that will begin construction next year is expected to be open by the 2020 season. It looks as though the team will be purchasing land in Henderson, NV. If this happens we might see the Raiders holding some official events and possibly training camp at the field before actually moving to Las Vegas.

Henderson is about 20 minutes away from the Vegas Strip and home to M Resort, South Point, Green Valley Ranch, and others. M Resort and Green Valley Ranch are considered a couple of the best luxury resorts off the Vegas Strip. South Point is home to one of the best sportsbook operations and VSiN satellite radio. You might want to start exploring these casinos if you’re a big Raiders fan that would like to stay at a hotel near headquarters.

Visitation Down For Sixth Straight Month

In each of the past six months, fewer people visited Las Vegas than the previous year. This is the longest stretch like this in eight years. According to the Las Vegas Review-Journal, the city has seen a drop in visitors by approximately 1.6% for the year. If this trend continues (it seems like it will) this would be the first annual decrease in visitors for the year since 2013.

The newspaper says “LVCVA blamed part of the decline on a reduction in room inventory caused by casinos launching extensive property renovations.” That could have something to do with the drop but there are more reasons for fewer people visiting Las Vegas.

Aside from a mass tragedy, there has also been rapid price increases all over the touristy parts of town. Fees are everywhere, Vegas Strip retail markups are increasing, and all around prices are rising. Heck, even Casino Royale increased beer prices by 100%!

Leisure travelers will choose other vacation options if they’re priced out of the market. This is something to keep an eye on. It will be interesting to see how these effect casino operators. I look forward to fiscal earnings releases in the new year. Perhaps…perhaps…this will be the beginning of the end of a fee for everything.

New Players Club For The D and Golden Gate in 2018

I was hoping to have some early information about the new players club. I think my request got lost in the holiday shuffle. We’ll have more information on the new One players club for The D and Golden Gate in the new year.

Bally’s and Tuscany just revealed news about new hotel room renovations. Expect to see more Bally’s Resort Tower rooms become available as they’re completed in 2018. The rooms are available to book but there are no pictures on the website yet. You can see a preview from twitter here.

It took more than a year but the Tuscany finished renovating all of their suites. The small casino and all-suite hotel is just off the Vegas Strip on Flamingo. You can, and should, walk here if you’re a beer drinker. Pub 365 is one of my favorite beer bars in Las Vegas. Unfortunately, they no longer offer complimentary drinks when playing video poker.

MGM Resorts has a lot planned to open in 2018. Tight Poker put together a nice short worldwide list of their plans. In Las Vegas, we’ll see the opening of Aria and MGM Resorts conference and meeting spaces. We’ll also see the completion of Park MGM. I like the direction of the new Monte Carlo but I’ll wait until completion before developing a real opinion.

We should also hear more about future Las Vegas hotel renovations. There should be an announcement about Luxor early in the year. I’m not sure that this will be on the scale of the full Monte Carlo to Park MGM but something seems to be happening beyond the new hotel rooms, eSports arena and Cris Angel leaving.

There isn’t that much more news but here are a few extra tidbits if you can’t get enough Vegas.

Thank you from the folks at Vegas Confessions Podcast for the Atlantic City Vlog. 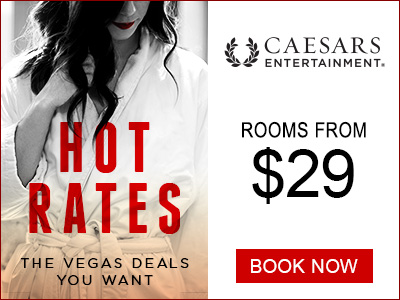